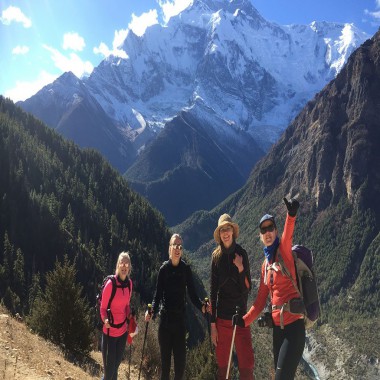 Ace the Himalaya fully supports as well as works closely with the social organization Sambhav Nepal Foundation. On a yearly basis, a portion of the proceeds from our company’s revenue goes directly towards Sambhav’s projects, more specifically to cover the maintenance expenses of the state-run Bhairabi School, Dharapani Shool, Sitala School along with 3 other schools in the remote Arupokhari village, northern Gorkha, Nepal.

As a travel and trekking company, Ace the Himalaya has designed a number of charity treks conducted throughout the year. The charity trek itinerary intends to combine adventure, philanthropy and a fight for a cause, providing the participant with lasting memories of the Himalayas while allowing them to contribute to a remote Nepalese community.

Ace the Himalaya have conducted various programs in co-ordination with Sambhav Nepal for the develpment of the community. Some of the major highlights of our program are: